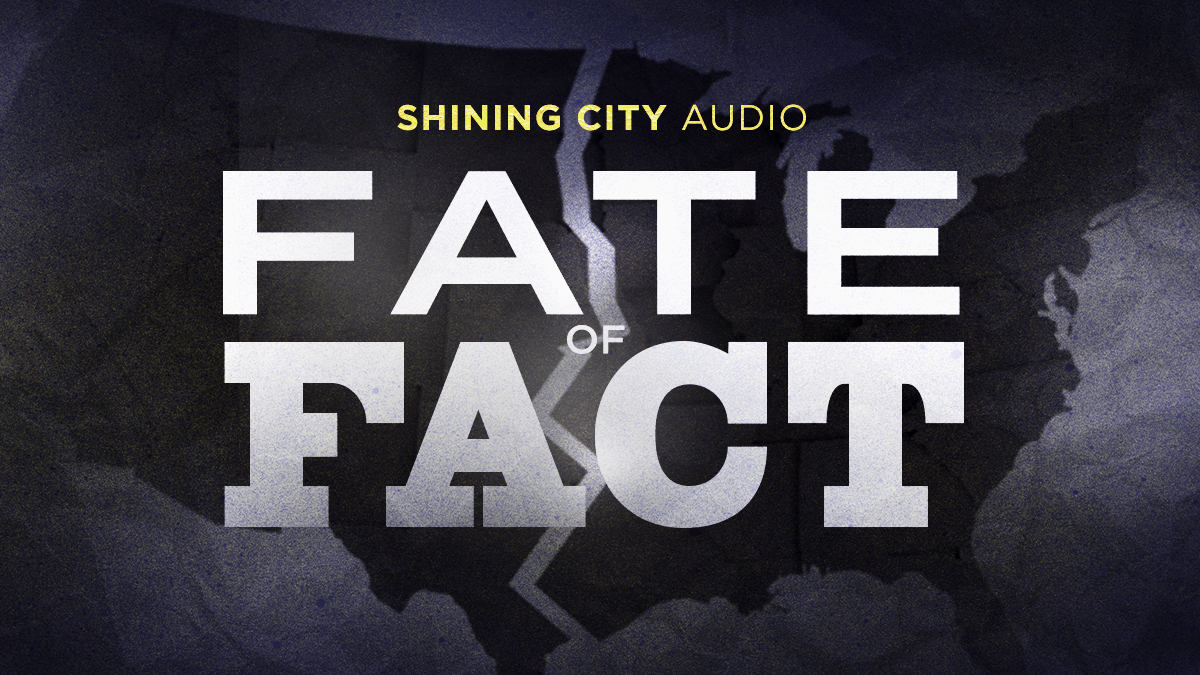 New York, NY (April 26, 2021)—C13Originals, the Peabody Award-nominated documentary studio division of Cadence13, an Audacy company, today announced that it is expanding its longtime partnership with Pulitzer Prize-winning historian and #1 New York Times bestselling author Jon Meacham to launch Shining City Audio, a podcast studio co-venture focused on creating a wide-ranging slate of audio documentaries and series centered around history with some of the most well-respected historians and voices joining at launch.

The launch of Shining City Audio follows the success of the critically acclaimed C13Originals and Jon Meacham podcast documentary franchises Hope, Through History—a series exploring pivotal moments of crisis in American history and how they shaped the nation—and It Was Said, a series focused on some of the most important, impactful and relevant speeches in history. Meacham and Chris Corcoran, Chief Content Officer, Cadence13, will lead and serve as Executive Producers for the new studio. Jon and the team at C13Originals will creatively shape each franchise, along with the respective talent joining for new shows within, with the C13Originals studio team directing and producing each franchise within Shining City Audio.

The Shining City Audio initial 2021 slate features two new series written and narrated by Meacham: Fate of Fact, a limited-run series examining the question of how and why so many conservative Americans have become prone to disinformation and anti-democratic narratives, and a daily podcast focused on this day in history.

In addition, Shining City Audio has partnered with Dr. Eddie S. Glaude Jr.—the James S. McDonnell Distinguished University Professor and chair of the Department of African American Studies at Princeton University and best-selling author—for History is Us, a documentary podcast franchise written and narrated by Glaude on which he’ll explore how American history, so indelibly shaped by race, haunts us, and how our past failures—and refusals to admit them—continue to shape the way we live our lives today. Topics Glaude will explore in Season One include: Reconstruction,  the impact of the election of the first Black president Barack Obama, Black Lives Matter, and more.

In addition, the slate will launch a new sports-focused version of the It Was Said franchise which will be narrated by legendary NBA coach Doc Rivers, and written by Jon Meacham, highlighting some of the most important and timeless speeches in sports history.

Fate of Fact will be the first show released under the Shining City Audio imprint, followed by the other new franchises later in the year. Season One of Fate of Fact will launch on April 28, 2021 on Apple Podcasts, Audacy, Spotify and everywhere podcasts are available. New episodes will be available Wednesdays through May 26, 2021. Listen to the trailer and subscribe to the series here: https://link.chtbl.com/YRQ3Y9KB.

Throughout the course of five episodes of Fate of Fact, Meacham and esteemed guests—including presidential historian Michael Beschloss; Dr. Eddie S. Glaude Jr., historian Evan Thomas; Sean Wilentz, professor of history, Princeton University; and Washington Post opinion columnist Jennifer Rubin—will explore the question of how fear conquered truth, the history and origins of the strong grip misinformation and disinformation have on our politics , and how we got here today. Meacham will trace the roots of America’s prevailing culture of polarization, with an emphasis on why the right has chosen to break with a governing consensus that, however imperfect, was once embodied by the figurative conversation between Franklin Roosevelt and Ronald Reagan. Fate of Fact offers a historically grounded perspective on the forces that led to the presidency of Donald Trump and the insurrection of January 6—an attack on the Capitol and on democracy as grave as any American moment since the Civil War.

“I’m honored to be part of the Cadence13 team,” Meacham said. “Our mission is straightforward: To use this amazing genre of storytelling to try to shed light in a public arena where it’s easier—and more common—to generate heat. The issues are so important—race, power, wealth, truth itself. Here’s hoping we can be a place where listeners will find perspectives they might not have expected—points of view and angles of vision that will help in the work of being engaged and, ideally, enlightened citizens at a difficult hour in the life of the nation.”

“Jon has been an incredible partner within the Cadence13 family, and the work that we’ve already created together is something that we’re very proud of,” said Chris Corcoran, Chief Content Officer, Cadence13 and Executive Producer, Shining City Audio. “We’re honored to be able to deepen our relationship with Jon and create this amazing new imprint together with the continued objective of connecting listeners with history. Having Dr. Eddie Glaude and Coach Doc Rivers join us for this new imprint is beyond special, and we can’t wait to all get to work on building something historic together.”

Download the cover art for Fate of Fact here: https://we.tl/t-FSEAbWyNZE.

Jon Meacham is a Pulitzer Prize-winning biographer. His latest work, His Truth Is Marching On: John Lewis and the Power of Hope, debuted at #1 on the New York Times bestselling list in August 2020. He is the author of several other #1 New York Times bestselling books including The Hope of Glory: Reflections on the Last Words of Jesus from the Cross; The Soul of America: The Battle for Our Better Angels; Thomas Jefferson: The Art of Power; American Lion: Andrew Jackson in the White House; Franklin and Winston; Destiny and Power: The American Odyssey of George Herbert Walker Bush; and Songs of America: Patriotism, Protest, and the Music That Made a Nation. He is the host of Cadence13’s Hope, Through History and It Was Said documentary podcast franchises, a distinguished visiting professor at Vanderbilt University, a contributing writer for The New York Times Book Review, and a fellow of the Society of American Historians. Meacham lives in Nashville with his wife and children.

Dr. Eddie S. Glaude Jr. is the James S. McDonnell Distinguished University Professor and chair of the Department of African American Studies at Princeton University. Glaude is the author of number books, including Begin Again: James Baldwin's America and Its Urgent Lessons for Our Own, and Democracy in Black: How Race Still Enslaves the American Soul.

Doc Rivers, former NBA All-Star, is the head coach of the Philadelphia 76ers. He played for the Atlanta Hawks, Los Angeles Clippers, New York Knicks, and San Antonio Spurs, and was previously the head coach of the Orlando Magic, winning NBA Coach of the Year in his first season with them, as well as the Boston Celtics and the Clippers. Rivers led the Celtics to the NBA Championship title in 2008.

About Audacy
Audacy, Inc. (NYSE: AUD) is a scaled, multi-platform audio content and entertainment company with the country’s best radio broadcasting group, a leader in virtually every segment of audio, and America’s #1 creator of original, premium audio. Audacy engages over 170 million consumers each month, bringing people together around the news, sports, podcasts and music that matter to them. Learn more atwww.audacyinc.com, Facebook (Audacy Corp) and Twitter (@AudacyCorp).