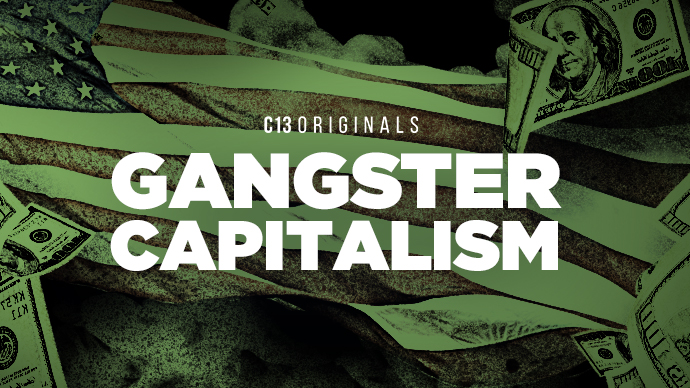 Season One of Gangster Capitalism, which has been optioned, focused on the college admissions scandal that has exposed everyone from Hollywood celebrities to Fortune 500 CEOs in an audacious bribery scheme.

Now, in Gangster Capitalism, Season Two, award-winning documentarian Andrew Jenks provides a detailed look into the NRA, tracing key moments and following the money trail of this almost one-hundred-fifty-year old nonprofit organization. Throughout the eight-episode series, Jenks reports from gun shows, conferences, and protests, and listeners will hear from former staffers, members, and lobbyists, as well as everyday Americans.

Gangster Capitalism, Season Two will launch with the first two episodes on March 25, 2020, on Apple Podcasts, Spotify, RADIO.COM and everywhere podcasts are available. New episodes will be available on Wednesdays. Listen to the trailer and subscribe to the series here: http://bit.ly/gangstercap.

“As we further develop and expand our C13Originals slate, we’re prioritizing impactful and ambitious documentaries geared around culture, business, moments in time, music and more” said Chris Corcoran, Chief Content Officer, Cadence13. “Our objective is about finding the right stories, and how we tell and express them, so that the audience can immerse itself in what we believe will create conversation and engagement.”

Gangster Capitalism is a production and creation of C13Originals, Executive Produced by Chris Corcoran, Zak Levitt, and Andrew Jenks; written and directed by Zak Levitt and Andrew Jenks; produced by Lloyd Lochridge and Perry Crowell; edited by Perry Crowell; mixing and mastering by Bill Schultz; production management by Terence Malangone; research and production support by Ian Mandt; and original score by Joel Goodman. The series’ theme song is “Your Sins Will Find You Out” by Eli “Paperboy” Reed.

Gangster Capitalism host and co-writer Andrew Jenks is an award-winning filmmaker, writer and podcaster. His films and television series have been distributed by HBO, ESPN, MTV, Netflix, CNN, among others. He is also the host of the #1 podcast WHAT REALLY HAPPENED?, produced by Cadence13, Dwayne “The Rock” Johnson, Dany Garcia, and Seven Bucks Productions.