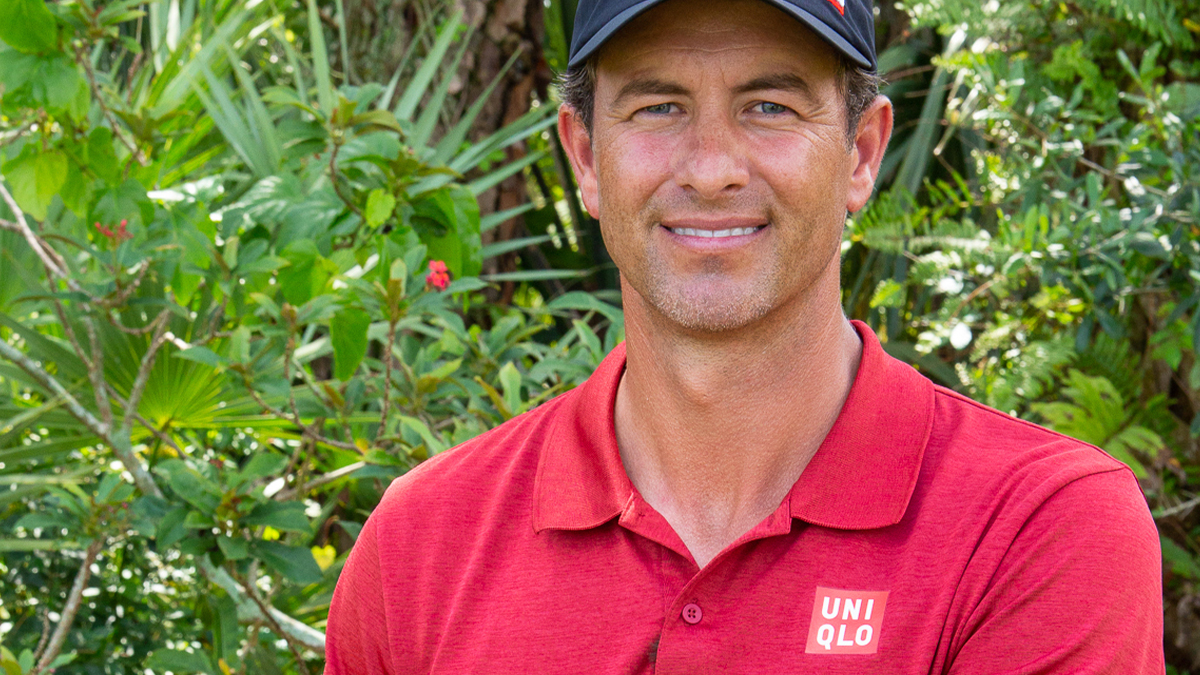 On limited-run series, the former World No. 1 invites listeners and fans for an unparalleled look behind-the-scenes as he prepares to compete in the Masters

New York, NY (April 5, 2021)—Cadence13, an Audacy company and leading premium podcast studio, and NBA veteran JJ Redick and Tommy Alter’s ThreeFourTwo Productions today announced FAIRGAME, a new limited-run podcast series hosted by former world No. 1 champion golfer Adam Scott on which he’ll take listeners inside the ropes to provide a never-before-heard account of what it takes to compete at the game’s most prominent event, the 2021 Masters Tournament.

On the five-episode series, Scott and co-host Benjamin Clymer will take fans and listeners behind-the-scenes as Scott prepares for and competes in the 2021 Masters Tournament, taking place April 5-11, 2021 at the Augusta National Golf Club. On the show, Scott will offer his insider’s perspective on what life is like on the tour, what it’s like to win the Masters and other world-class tournaments, his distinguished career, and more. He will be joined by special guests including his longtime coach, Brad Malone.

FAIRGAME will launch on April 6, 2021 on Apple Podcasts, Audacy, Spotify and everywhere podcasts are available. New episodes will be available on April 7, 8, and 10, coinciding with the Masters schedule.  The April 8 episode will feature a gear-centric look at what’s in Scott’s golf bag, and on the final episode of FAIRGAME, out April 12, Scott will recap the Masters. Listen to the trailer and subscribe to the series here: Fairgame.

“I’m excited to share my experience on tour with thousands of new golf fans on ‘Fairgame,’” said Adam Scott. “It’s my hope that this new platform will encourage more people to pick up clubs and give golf a go, even if they’re not competing at Augusta any time soon.”

"I’m thrilled for ThreeFourTwo Productions to be partnering with Adam, Ben, and Eric on the ‘Fairgame’ podcast as we expand our slate with Cadence13,” said JJ Redick. “As a golf fanatic, I’m looking forward to getting a behind the scenes look at The Masters.”

“Adam is a world-class athlete whose career and experiences as the one-time top golfer in the world will make this a must-listen for any sports fan looking for more perspective from the best who do it,” said Chris Corcoran, Chief Content Officer, Cadence13. “We proudly welcome Adam, Ben and Eric to the C13 and ThreeFourTwo families.”

Golf has long been a love of mine, but since moving to New York after college, it proved difficult to find a community to which I felt like I could belong in the golfing world,” said Ben Clymer.  “It’s my hope that by combining Adam’s incredible knowledge and experience with my simple joy for golf, that ‘Fairgame’ can be something of a friend to thousands of people who are looking for one in golf.”

“Golf has always been an analog experience for me on the course, like for many others, and Fairgame has an opportunity to use digital tools to build a community and make golf far more equitable and enjoyable for golfers of all types,” said Eric Mayville, Executive Producer, FAIRGAME.

Adam Scott is a champion golfer and former world number one with more than 30 tour victories world-wide, including the Players Championship, and the Masters. He is universally admired as one of the purest players in the game, with an innate appreciation of its traditions and values, while continuing to work towards ensuring more people will enjoy the game of golf for years to come.

Benjamin Clymer is a journalist, entrepreneur, and the founder and executive chairman of HODINKEE, Inc – one of Fast Company’s Most Innovative Companies In the World and One of Time’s 50 Best Websites in the world – and has written and contributed GQ, the Financial Times, and Esquire. He is the host of HODINKEE”s popular YouTube series “Talking Watches” which has featured guests including as legendary golfer Jack Nicklaus, comedian Aziz Ansari, and musician John Mayer. He has been featured on both Crain’s New York's and Fortune magazine’s list of "40 Under 40,” and is a three-time nominee to the Hypebeast 100, a list of the most culturally influential people in the world.

Eric Mayville was a co-founder of Wondersauce, a global digital agency focused on commerce, content, and customer experience with such clients as Google, The Players’ Tribune, GQ, Tracksmith, Nike, Bombas, Golf Magazine, and many more.

JJ Redick is a 14-year NBA veteran and current guard for the New Orleans Pelicans. Before joining the Pelicans in 2019, Redick played for the Orlando Magic, Milwaukee Bucks, Los Angeles Clippers, and Philadelphia 76ers. A graduate of Duke University, Redick is also the all-time leading scorer in Duke basketball history. In addition to co-hosting The Old Man and the Three with Redick, Tommy Alter is a producer and writer for Showtime’s Desus and Mero, a producer for HBO’s The Shop and Seeing America, as well as a founding member of the voting rights organization More Than A Vote.

Founded in August of 2020, ThreeFourTwo Productions aims to give an inside look at the stories and personalities in the worlds of sports, business, politics and entertainment. The company’s flagship show, “The Old Man and the Three”, is hosted by founders JJ Redick and Tommy Alter. The show was the only podcast to broadcast inside the NBA bubble in Orlando. Featuring exclusive conversations with the biggest names in the NBA, “The Old Man and the Three” immediately became a go-to listen for coaches, fans, and players for news and insight about the league.  As ThreeFourTwo Productions expands, it will branch out into the worlds of business, film, television, and food using the same targeted strategies that made “The Old Man and the Three” a success.