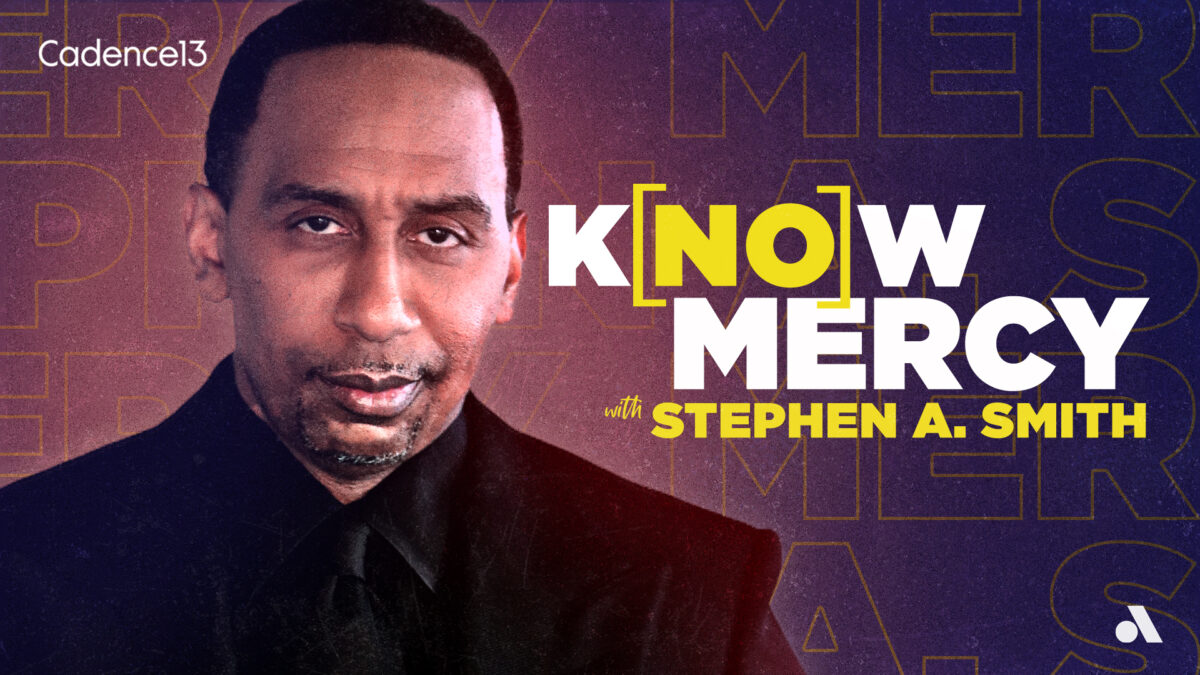 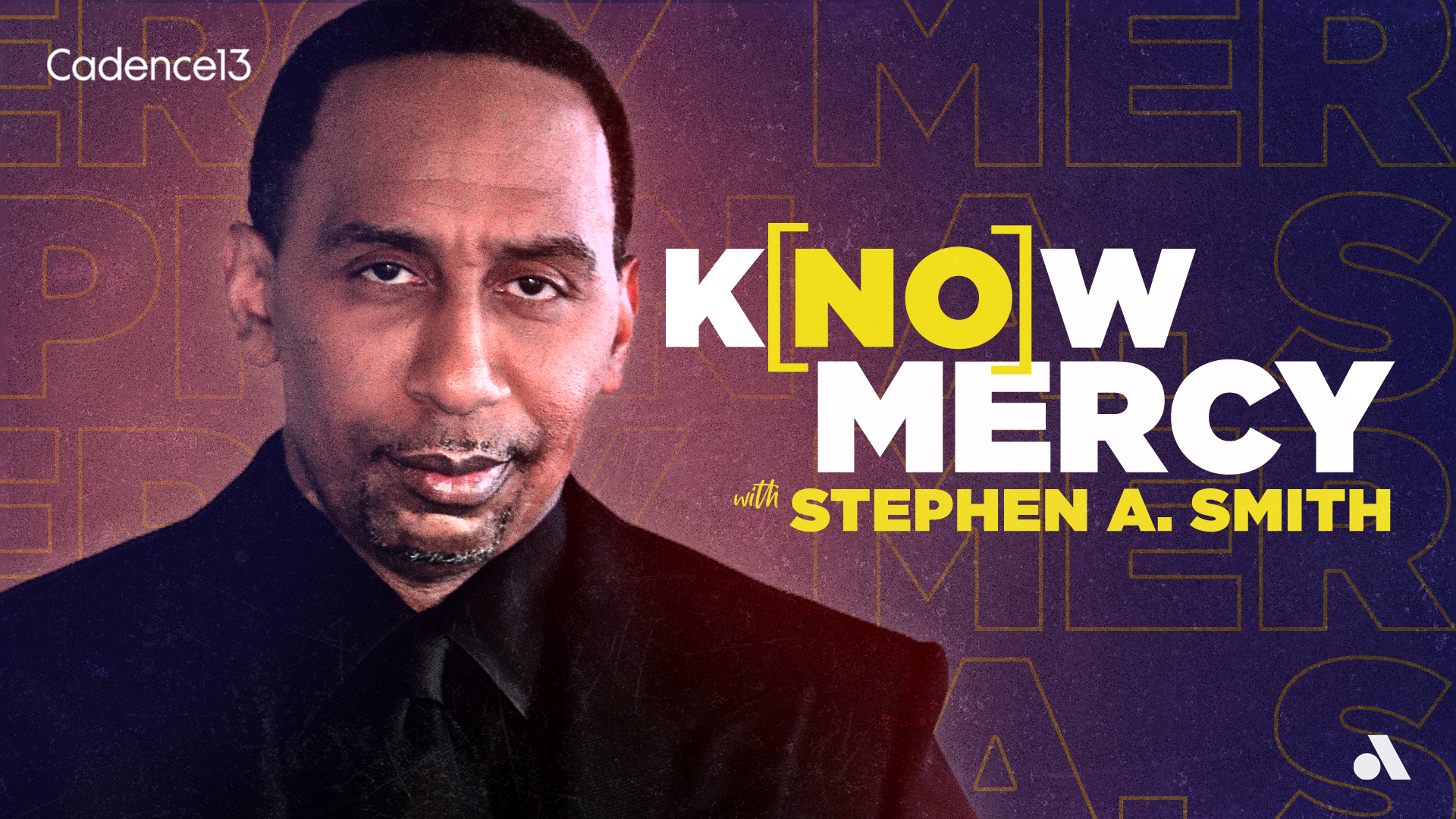 As Smith goes beyond the world of sports to explore broad cultural topics and social issues, he’ll be joined by a wide range of notable guests including Snoop Dogg, Sean Hannity, LL COOL J, Sue Bird, and Chris Cuomo

New York, NY (September 22, 2022)—Leading premium podcast studio, Cadence13, an Audacy company, today released the trailer and announced initial guests for Know Mercy with Stephen A. Smith, the first-ever podcast hosted by media giant Stephen A. Smith, on which he’ll bring his trademark insight and analysis to the day’s headlines and the biggest stories from the worlds of politics, entertainment, social issues, business, and more. Smith will regularly be joined by a wide range of notable guests and thought leaders.

Know Mercy will feature regular segments including “Just a Thought,”  with Smith opening each episode with a personal anecdote that shaped his unique voice and perspective. Throughout the episodes, his famed career and layered life experiences will frame a central theme of breaking barriers, helping establish a new set of ground rules for knowing when to show  mercy. At the end of each episode, Smith will offer his signature closing remarks in the “Bottom Line” segment.

“Ecstatic doesn’t begin to describe how I feel about the opportunity to do this Podcast. My Podcast. My content. Completely within my control, and extending far beyond the world of sports. A podcast with no limitations is a dream come true after years of limiting myself to one genre. I’m excited for what the future holds — primarily because I’m not aware of how far it may take me," said Stephen A. Smith. "There’s something to be said about finding out exactly how far that could potentially be. It’s a ride I’ve been waiting for, I can’t wait to see who’ll join me, and I'm excited to do it with Cadence13."

“We’re beyond thrilled that Stephen is bringing his incomparable talents and inimitable voice, energy, and style to the podcasting space for the first time,” said Chris Corcoran, Chief Content Officer and Founding Partner, Cadence13. “‘Know Mercy’ will be a must-listen for millions of fans eager to hear what’s on Stephen’s mind as well as his wide-ranging conversations with high profile guests from all walks of life.”

Stephen A. Smith is represented by WME.

Stephen A. Smith rose from a reporter on high school sports at The New York Daily News and a college and NBA beat reporter at The Philadelphia Inquirer to become one of ESPN’s most prominent and popular commentators and a leading voice in the industry. He is the star of the #1 morning sports talk show, First Take, a premiere analyst on NBA Countdown throughout the NBA season and the host and producer of the podcast “Know Mercy with Stephen A. Smith.”  He is a 1991 HBCU graduate from Winston-Salem State University with a Bachelor of Arts degree in mass communication. He is a member of the Omega Psi Phi fraternity and Brand Ambassador for the HBCU Week Foundation. Stephen A has helped enroll over 2,000 high school students into HBCUs and raised over $12 million in scholarships to assist students who want to attend HBCUs. Smith has more than 12 million followers across social media platforms, and his opinions on sports make daily headlines.