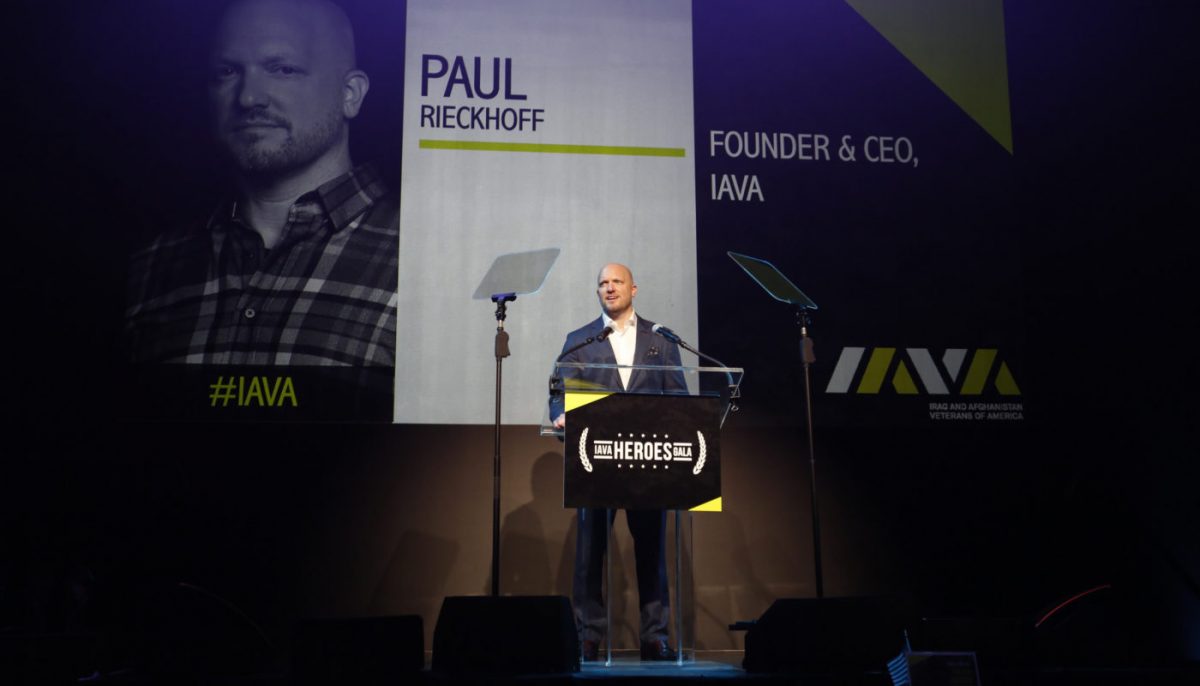 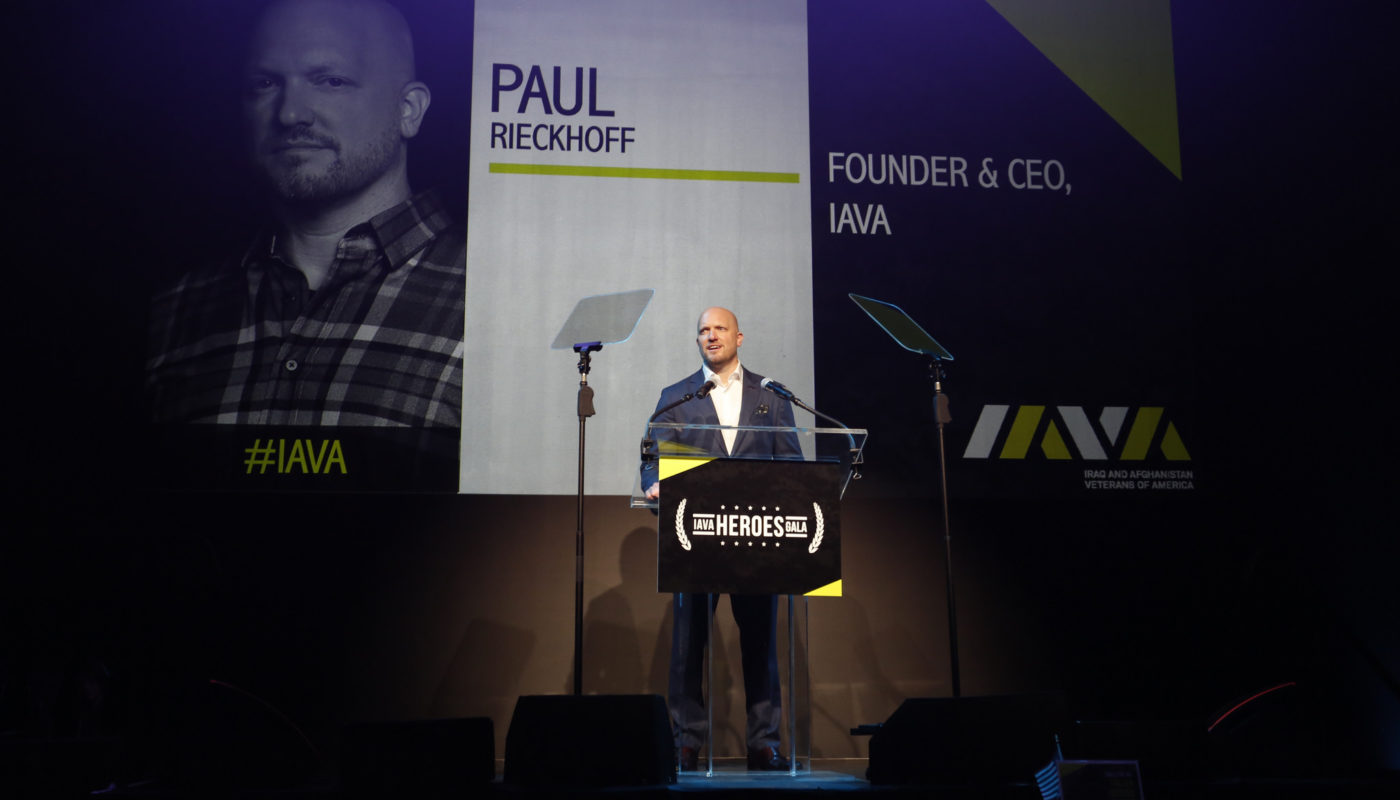 From the kitchen table to the water cooler to the battlefields to the ballot box, Rieckhoff and guests will tackle what’s driving today’s most vital conversation, outrage and action

New York, NY (April 2, 2019) – Cadence13, a leading premium podcast company, today announced a partnership with Paul Rieckhoff—America’s leading veterans advocate, the author of Chasing Ghosts and founder of Iraq and Afghanistan Veterans of America (IAVA)—and Righteous Media, the newly formed company of which Rieckhoff is President and Founder. This innovative partnership will kick off with Angry Americans, a groundbreaking new podcast hosted by Rieckhoff.

In the weekly series, Rieckhoff—who emerged as one of the most dynamic political and social leaders in America after serving as soldier in Iraq in 2004—will explore the most important issues facing our country with a wide range of influential and compelling guests from Capitol Hill to Hollywood to Silicon Valley.

Like many Americans, Rieckhoff is deeply concerned about the state of affairs in our country. It’s got him angry—and knows that he’s not alone. The state of politics in our country is making us all Angry Americans. But it’s righteous, justifiable, vigilant anger. An anger that drives positive change. The anger that drove the Civil Rights movement and inspires people of all generations to raise their voices and unrelentingly strive for change. In times of national distress, it’s our anger that can unite and inspire us all, no matter our political leanings. Rieckhoff’s life as a politically independent leader uniquely positions him to lead this program and the broader national conversation about America’s future.

Angry Americans will launch on April 4, 2019 on Apple Podcasts, Radio.com and wherever podcasts are available. Listen to the trailer and subscribe here:https://itunes.apple.com/us/podcast/angry-americans/id1457899667?mt=2.

Rieckhoff will be joined on the first episode of Angry Americans by Willie Geist, co-anchor of MSNBC’s Morning Joe and anchor of NBC’s Sunday Today show.

“If you’re not angry, you’re not paying attention,” said Paul Rieckhoff. “Angry Americans will be a place where listeners from all political and social backgrounds can come together to be informed and inspired. They will also find community—and ways to channel anger, frustration and patriotism into positive change. I’m thrilled to partner with Cadence13 on this project to elevate some of the most important issues, people and causes in America. Angry Americans will be a place for real talk, with top leaders. It will be a wake-up call that engages and empowers listeners in a way podcasts never have. Cadence13 is a true leader, and the Righteous Media team and I look forward to making a transformative impact with them.”

“Paul Rieckhoff is a force of nature who brings passion, patriotism and purpose to everything he does,” said Chris Corcoran, Chief Content Officer, Cadence13. “We are excited to add Paul and his passionate, independent, important voice to the podcast audience.”

Paul Rieckhoff, the Founder and President of Righteous Media, is a former high school football coach, Army Infantry Officer, and 9/11 First Responder-turned Washington insider. He is a nationally-recognized authority on politics, veterans affairs, leadership, war, the military, media, mental health, team-building and social entrepreneurship, who rose to prominence as the hard-hitting and respected Founder of Iraq and Afghanistan Veterans of America (IAVA), the highly-regarded, non-partisan powerhouse advocacy organization for a new generation of veterans. Former Secretary of Veterans Affairs Bob McDonald called the group and Rieckhoff’s leadership, “...vital to our nation’s veterans—and to all Americans.” TIME magazine featured Rieckhoff on a cover story and called IAVA “...the most important organization representing the new generation of veterans.”

Rieckhoff, the author of Chasing Ghosts and the forthcoming How to Fight, is a frequent contributor to The Rachel Maddow Show, Morning Joe, CNN New Day, CNN.com, and Defense One. Maddow recently said that he had “absolutely changed US history.” Since returning from a combat tour in Iraq in 2004, Rieckhoff has emerged as one of the most important, unique and dynamic political and social leaders in America. From the harrowing vortex of urban combat in Iraq, to the blood-sport of American politics, to the trench fights of cable TV news media, Rieckhoff has thrown and taken punches on the front lines of the most important issues of our times. He is currently serving as the regular guest host for Chris Cuomo’s SiriusXM show “Let’s Get After It” and lives in New York City with his wife Lauren and their two sons.