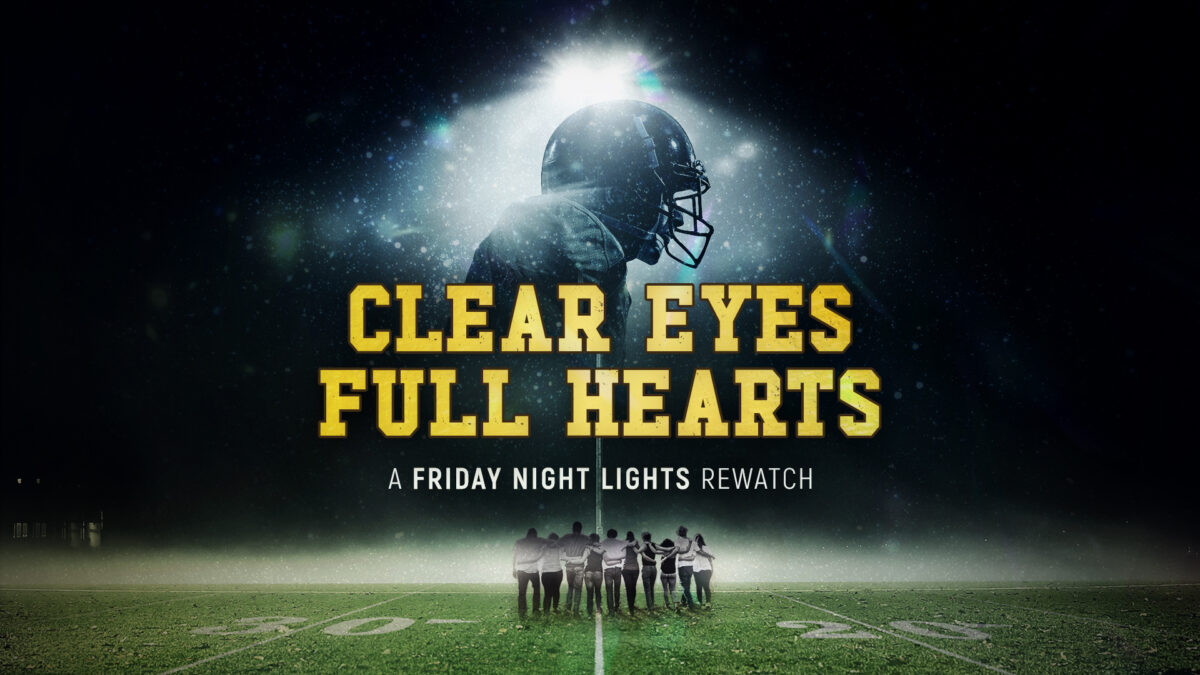 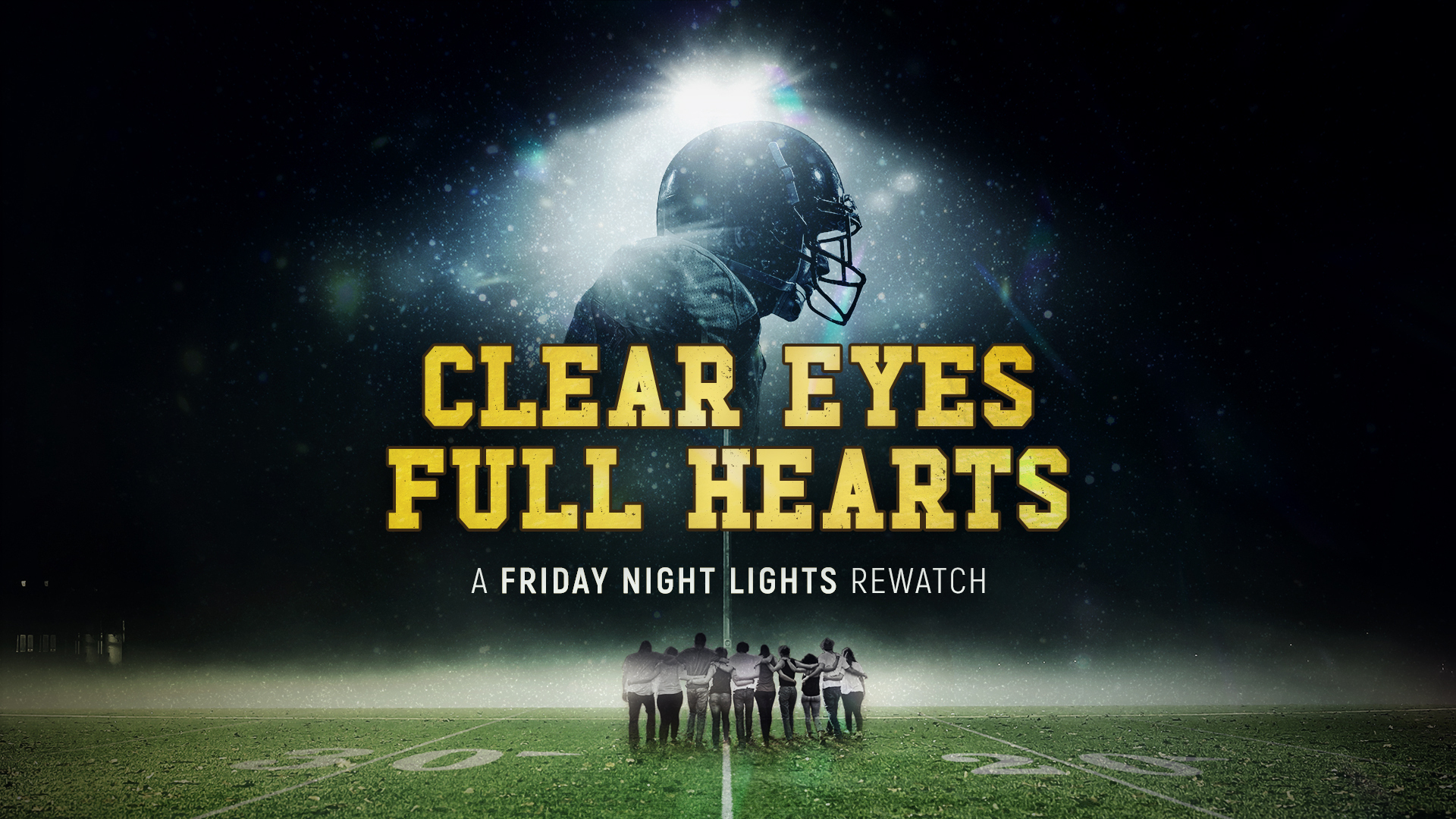 Married on television and friends in real life, Derek and Stacey invite listeners to take a trip back to Dillon, home of the Panthers and the Lions, as they break down iconic show moments, share behind-the-scenes stories, and answer fan questions, which listeners are invited to send into cleareyesfullheartspod@gmail.com.  Along the way, they’ll be joined by special guests from the Friday Night Lights family: writers, directors and fellow cast members.

Clear Eyes, Full Hearts will launch on September 28, 2021 everywhere podcasts are available. New episodes will be available Tuesdays. Listen to the trailer and follow the series here: [link].

"We can’t wait to rewatch the show with the fans and rediscover the magic of Friday Night Lights,” said co-hosts Derek Phillips and Stacey Oristano. “We’re excited to partner with Black Barrel Media, Ritual Productions, and Cadence13 to bring this rewatch to life.”

"We've loved Friday Night Lights since the beginning, all the way back to the book," said Chris Wimmer, co-founder of Black Barrel Media. "And now it's an honor to work with the teams at Ritual Productions and Cadence13 to give the fans an inside look at the TV show."

“Fifteen years later, Friday Night Lights remains at the top of the list of iconic series, beloved by fans around the world,” said Chris Corcoran, Chief Content Officer, Cadence13. “We’re thrilled to team up with Derek, Stacey, and our partners at Black Barrel Media and Ritual Productions to revisit our favorite characters, moments, and memories.”

Created by award-winning writer, actor, producer, and director Peter Berg and based on the bestselling book by Buzz Bissinger, Friday Night Lights aired from 2006- on NBC and was a Universal Television and Imagine Entertainment production. The Emmy and Peabody-Award winning series featured a renowned cast including Kyle Chandler, Connie Britton, Jesse Plemons, Minka Kelly, Adrianne Palicki, Taylor Kitsch and Michael B. Jordan and can now be seen on NBC.com, Peacock, and Netflix.

Film/TV and stage actor Derek Phillips was cast as Billy Riggins on Friday Night Lights in 2006. He has had major recurring roles on numerous series, including: Grey’s Anatomy, Agents of S.H.I.E.L.D, Shooter, Them: Covenant, Private Practice, Game of Silence, The Mentalist, Longmire, Parenthood, and Reckless as well as guest starring roles on: Criminal Minds, For The People, S.W.A.T., When We Rise, Grimm, Scandal, Rosewood, Scorpion, Chicago P.D., Castle, Murder in the First, Body of Proof, Breakout Kings, Trauma, The Closer, Medium, Prison Break, Numb3rs, The Terminal List and The Rookie.  He has also been seen in the films: The Jogger, Son of Mourning, Pieces, Looking, Retake, Point Defiance, Rift, Inside and 42 opposite the late Chadwick Boseman and Harrison Ford. Derek can next be seen in the film To Leslie opposite Andrea Riseborough and Allison Janney and is currently the lead in the Netflix animated series Blood of Zeus.  Phillips is a founder, producer and resident actor for the award-winning, ensemble based theatre company Second Thought Theatre.

Stacey Oristano is best known for playing Mindy Riggins on Friday Night Lights and Truly Stone on Bunheads. She has also had recurring roles on Grey’s Anatomy, Shameless, and Gilmore Girls. She can also be seen on In Plain Sight, CSI, Criminal Minds, and Bull. Born in Arlington, TX she then set sail for England to receive her BFA from The University Of Manchester.  She stayed in London to perform on The West End in Steel Magnolias. She then left London for NYC and toured with Cabaret and numerous regional musicals (Urinetown, Spit Fire Grill, Into The Woods, Sweeny Todd, The Wild Party) as the stage is Stacey’s true love. She works with numerous charities helping children (the Refuge for DMST, and Covenant House) as well as The Southern Poverty Law Center. In her spare time she enjoys teaching music and dance to children.