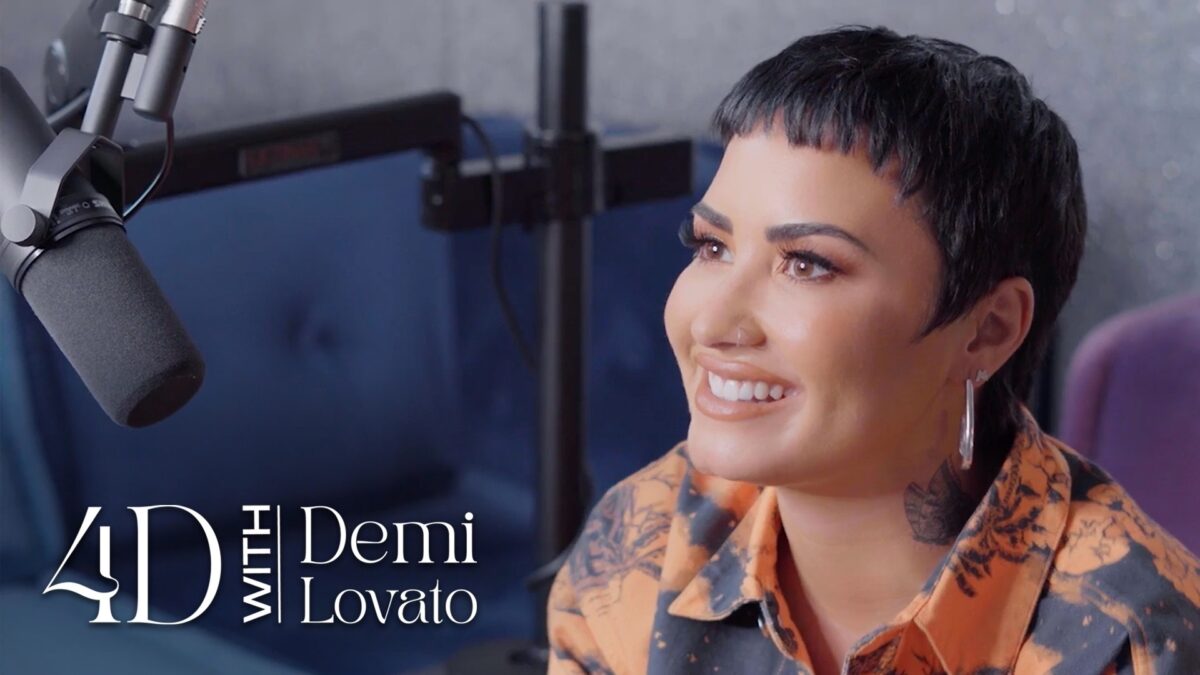 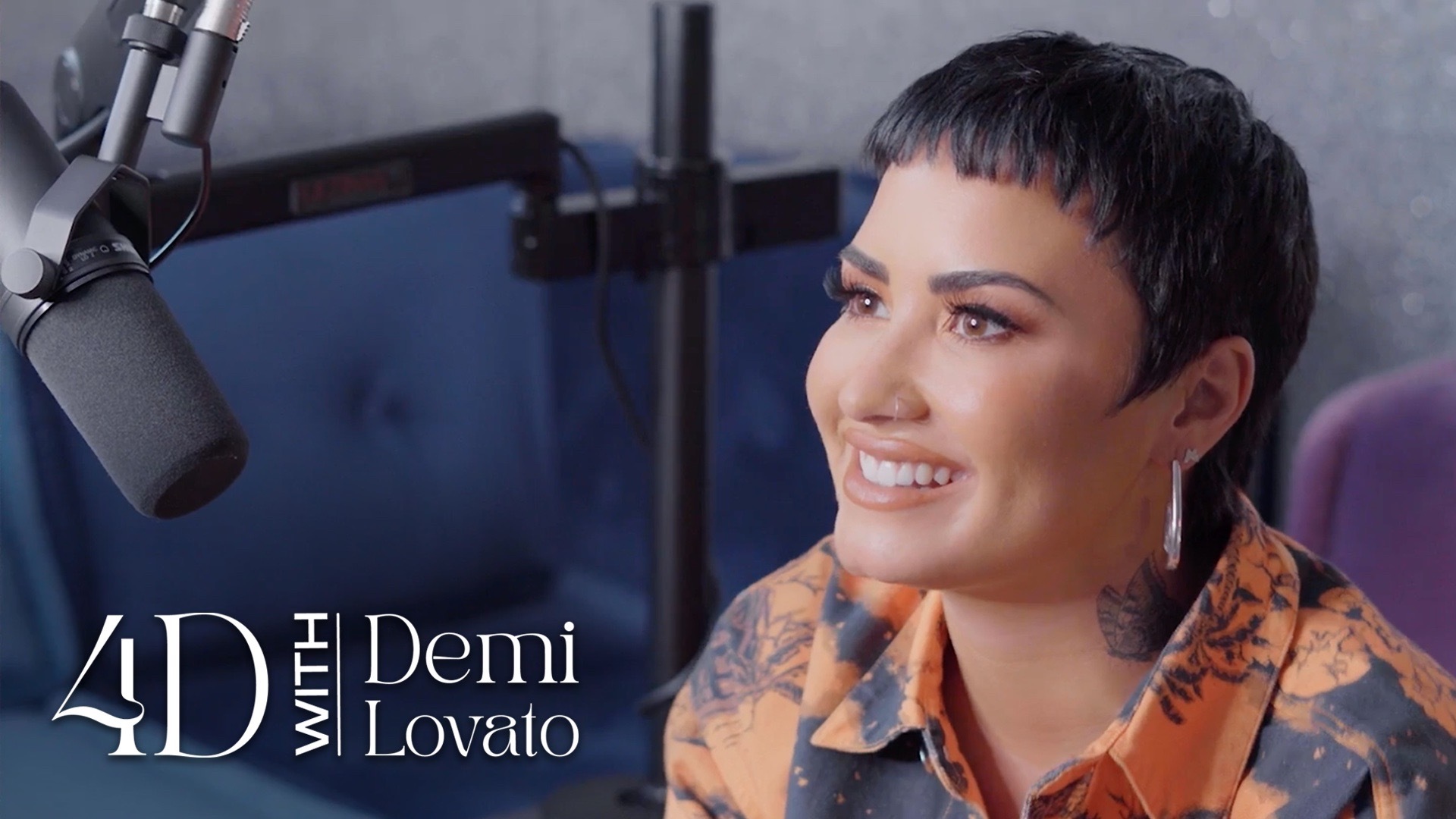 The renowned singer, actress, and activist will explore themes of identity, mental health, creativity, LGBTQIA+ rights, and more with a wide range of notable guests

Coming off the heels of Demi’s critically acclaimed YouTube documentary “Dancing with the Devil,” which was the opening night headliner of SXSW Film Festival 2021, and chart-topping album “Dancing With The Devil…The Art Of Starting Over,” Lovato will share and explore what’s on her heart and in the corners of her mind—curiosities, experiences, movements, and voices that raise the collective frequency of her community of listeners and fans so they can experience life in 4D.

The weekly show will feature Lovato in conversation with a wide range of notable guests, including ALOK, Glennon Doyle, Chelsea Handler, Jane Fonda, and Jameela Jamil, with more to be announced. Lovato will also be joined by social activists, survivors, entrepreneurs, artists, and others to explore issues that are important to Demi, including mental health, LGBTQIA+ rights, equity and justice, body positivity, art, the environment, and activism.

4D With Demi Lovato will launch on May 19, 2021 on Apple Podcasts, Audacy, Spotify and everywhere podcasts are available. New episodes will be available on Wednesdays. Listen to the trailer and subscribe to the series here: https://link.chtbl.com/4DPR.

Cutting across mediums, an accompanying video version of every episode of 4D with Demi Lovato will be available on Lovato’s YouTube page every Wednesday, offering audiences, and Demi’s 20M followers, multiple formats to engage with the podcast.

“Living in the Fourth Dimension means existing consciously in both time and space, but for me, it means having conversations that transcend the typical discourse,” said Lovato. “That’s my goal with this podcast. With my production partners at Cadence13 and OBB Sound, the 4D podcast will be my place to highlight causes that are close to my heart and elevate my guests’ platforms to an audience they might not have previously reached. I want to bring listeners with me to learn from experts about timely topics and create a healthy discussion that ultimately cultivates more compassion for one another.”

“Demi’s powerful, singular voice, along with her fierce candor, courage, and conviction, have always resonated with millions of fans around the world,” said Chris Corcoran, Chief Content Officer, Cadence13. “It’s this strength and authenticity that make Demi a perfect fit for this space, and we’re so honored to partner with her and the amazingly talented teams at SBP and OBB, and to welcome all of them into the Cadence13 family.”

“Building upon the success of the documentary, we couldn’t be more thrilled to partner again with Demi through our audio division, OBB Sound, and continue to champion Demi’s voice using the powerful medium of audio,” said Michael D. Ratner, Founder, President and CEO, OBB Media. “We have incredible partners on this show in both SB Projects and Cadence13, and look forward to sharing this project with the world.”

Demi Lovato is a Grammy nominated and multi-platinum singer, songwriter, actress, advocate, philanthropist, and entrepreneur. She also has become one of the biggest names on social media with a combined following of over 205M engaged fans. She started her career as a child actress on the Disney Channel and released her first album in 2008. Since then, Demi has blossomed into a global superstar, earning multiple Grammy nominations and smash singles including “Cool for the Summer,” “Confident,” “Echame La Culpa,” “Sorry Not Sorry” and “Tell Me You Love Me,” followed by a sold-out tour featuring DJ Khaled and Kehlani.  Lovato has been honored with numerous awards, including an MTV Video Music Award, five People’s Choice Awards, an ALMA Award, a Latin American Music Award, a GLAAD Vanguard Award for LGBTQ activism, and most recently a VMA nomination for “I Love Me” in the “Video for Good” category. To date, she has received two GRAMMY Award nominations, four Billboard Music Award nominations and three Brit Award nominations.

Lovato is a passionate global advocate for mental health, named by Global Citizen as the organization’s official ambassador in 2017. She was also honored by the Semel Institute for Neuroscience and Human Behavior at UCLA, with the Artistic Award for Courage and is a New York Times bestselling author.  After a hiatus, Demi Lovato had an incredible comeback performance of her track “Anyone” at the 2020 Grammy Awards, which debuted at #1 on Billboard’s Digital Songs chart, followed by a National Anthem performance at the Super Bowl.

In March 2021, Lovato premiered her powerful four-part documentary series from YouTube Originals and director Michael D. Ratner entitled Demi Lovato: Dancing with the Devil at SXSW, where it opened the 2021 festival and went on to receive rave reviews upon its wide release. Demi’s accompanying album, Dancing with the Devil…The Art of Starting Over was released on April 2, 2021, where it landed at #1 on the Billboard Album Sales Chart and #2 on the Billboard Top 200 Chart.

Audacy, Inc. (NYSE: AUD) is a scaled, multi-platform audio content and entertainment company with the country’s best radio broadcasting group, a leader in virtually every segment of audio, and America’s #1 creator of original, premium audio. Audacy engages over 170 million consumers each month, bringing people together around the news, sports, podcasts and music that matter to them. Learn more at www.audacyinc.com, Facebook (Audacy Corp) and Twitter (@AudacyCorp).

Founded by Scooter Braun, SB Projects is a diversified entertainment and media company with ventures at the intersection of music, film, technology, brands, culture, and social good. In addition to managing a roster of some of the biggest names in entertainment, including Justin Bieber, Ariana Grande, J Balvin, Idina Menzel, Demi Lovato, Ashley Graham and Tori Kelly, SB Projects has grown their film and television division to include a robust slate of projects including the FX Network’s most watched comedy series “Dave,” YouTube’s record breaking docuseries “Justin Bieber: Seasons,” CBS’s “Scorpion,” Ariana Grande feature documentary “Excuse Me, I Love You” with Netflix, “Never Say Never,” which remains the highest grossing music documentary in domestic box-office history and most recently, YouTube’s critically acclaimed four part docuseries “Demi Lovato: Dancing With The Devil”.  The company also has many projects in active development including "Anna K" based on the best-selling novel by Jenny Lee, an untitled K-Pop film for 20thCentury Studios, and “The Undesirables” for Amazon Studios among many others.  In addition, SB Projects has a multi-year, first-look deal with Amazon Studios to develop television projects.