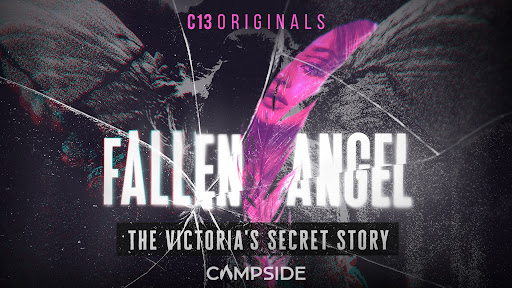 Veteran journalists Vanessa Grigoriadis and Justine Harman investigate one of the world’s most iconic brands and its effect on American culture for nearly 40 years, as told by women who witnessed what really happened behind the curtain

Grigoriadis co-created the podcasts Chameleon: The Hollywood Con Queen, and Tabloid: The Making of Ivanka Trump, which The Cut called the “juiciest show of the summer.” Harman is the creator and host of the hit podcasts including Broken Harts and O.C. Swingers, which was the #1 show on the Apple Podcast charts for several weeks earlier this year.

Fallen Angel investigates the origin story of Victoria’s Secret, one of the world’s most iconic brands, and its effect on American culture for nearly 40 years, as told by women who witnessed what really happened behind the curtain. Fallen Angel goes back to the beginning of the lingerie megabrand to confront the many ways that the brand influenced how a generation of women think about sex, desire, and beauty.

Through insider, first person accounts from former Victoria’s Secret models--women synonymous with all that the brand encapsulated--Fallen Angel will reveal shocking horror stories of how their quest to be part of the elite group of models walking the runway led them down a dangerous path of eating disorders, poor health, depression, anxiety, and other issues.

The series also explores Les Wexner, the private man who has been at the head of the company for over 35 years, and his association with convicted sex offender Jeffrey Epstein. Grigoriadis and Harman delve into the story of Wexner and his bizarre relationship with Epstein, who managed his enormous fortune for twenty years. They also chronicle the early days of Victoria's Secret, and how, from the beginning, it was a company that catered to the male gaze, and how the perfect image of the company’s iconic Angels was the perfect cover.

Fallen Angel will launch with the first two episodes on October 13, 2021, everywhere podcasts are available. New episodes will drop on Wednesdays throughout the season. Listen to the trailer and follow the show here:  https://link.chtbl.com/FA_PR.

“Victoria’s Secret’s recent fallout is a huge cultural story,” says Grigoriadis. “Les Wexner’s connection to Jeffrey Epstein is also one of the last puzzle pieces of the Epstein story, and has never been fully explored.”

"In a culture actively questioning itself, how do we not examine the brand that defined 'sexy' for an entire generation of American women?” said Harman. “And who better to do this with than C13Originals, where so many great journalists have unspooled their long and tangled yarns?”

“This podcast is just so much fun to listen to, but it's also an urgent story about how concepts like empowerment get weaponized and used against the very people who are supposedly being celebrated. And there is no one better to unravel that particular trick than Vanessa and Justine. We knew this was a hit from the minute they got together, and we're so happy to be working with C13Originals to tell this story,” said Adam Hoff, CEO, Campside Media.

Justine Harman is the former features director at Glamour magazine and an alumnus of ELLE and PEOPLE magazines. She is the creator of the hit nonfiction narrative podcasts Broken Harts, The Baron of Botox, and O.C. Swingers. She is also the founder of 39 Stories, a storytelling studio based in Los Angeles.

Vanessa Grigoriadis is a veteran longform journalist who is currently a Contributing Writer for The New York Times Magazine and Vanity Fair. She co-created the podcasts, Chameleon: The Hollywood Con Queen, and Tabloid: The Making of Ivanka Trump, which The Cut called the “juiciest show of the summer.” She is a National Magazine Award winner, author of the book Blurred Lines: Sex, Power, and Consent on Campus, and co-founder of the new premium podcast company Campside Media.

C13Originals is the Peabody-nominated production studio behind Gangster Capitalism; It Was Said; Relative Unknown; One Click; Root of Evil; Once Upon a Time...in the Valley; Once Upon a Time...at Bennington College; Hope, Through History; No Place Like Home; and Long May They Run.