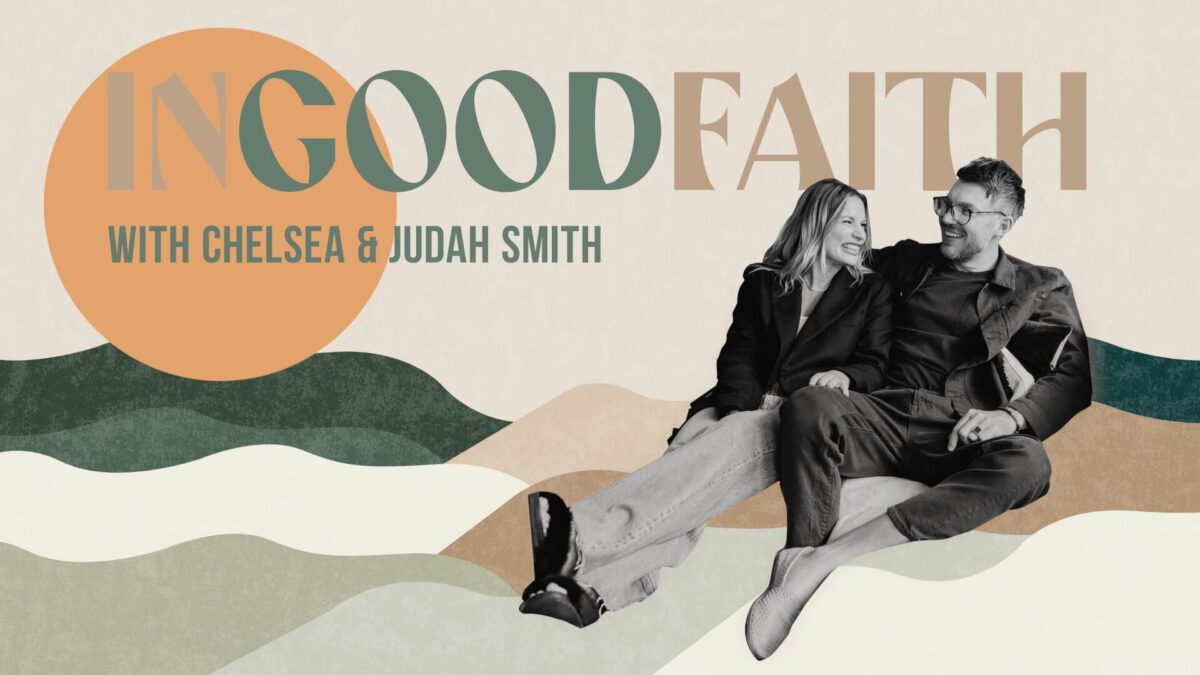 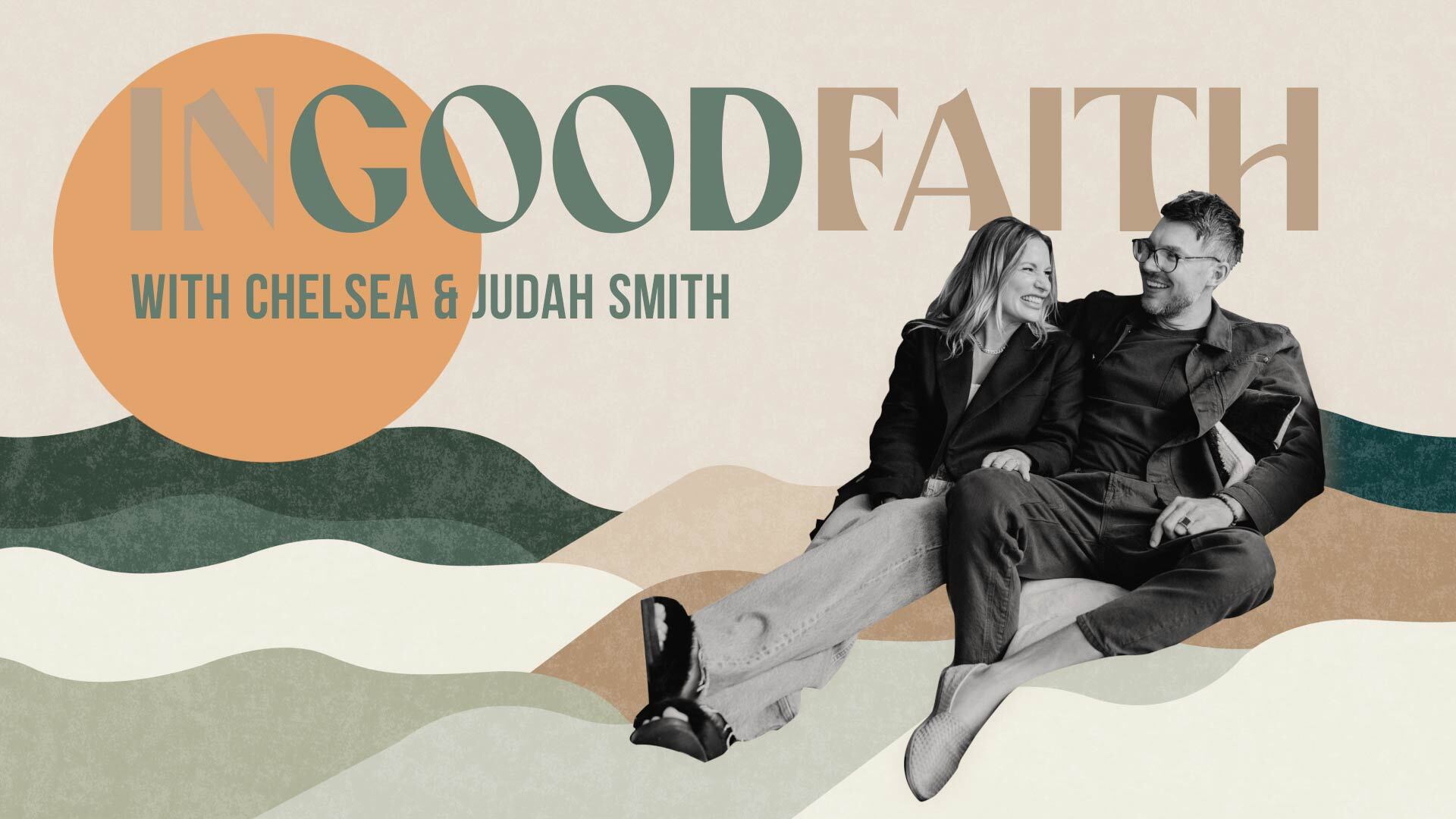 On the weekly show, the husband-and-wife lead pastors of Churchome will explore universal issues and beliefs, far beyond personal faith alone, with special guests including GRAMMY® Award-Winning Artist Justin Bieber and Hailey Bieber

While in many ways inspired by their faith, the Smiths will challenge traditional beliefs and root themselves in broader universal principles that touch everyone on and off the show, regardless of personal or religious beliefs.

Cadence13 and OBB Sound will produce the series in conjunction with SB Projects. “In Good Faith” marks the second co-production of Cadence13, OBB Sound, and SB Projects, following the blockbuster launch of “4D with Demi Lovato,” the first-ever podcast from the renowned singer, actor, and activist.

"In Good Faith" is a conversation series centered on Chelsea and Judah life's work: raising a family and building a church — Churchhome — a community based on the principles of compassion, belonging, and love. Taking a candid approach, they will address everything from anxiety to sex, to the honest truths about marriage as hosts. The weekly show will also regularly feature guests, such as GRAMMY® Award-Winning Artist Justin and model, personality, and entrepreneur Hailey Bieber who join the Smiths on the series’ second episode, premiering November 1, 2021.

“In Good Faith” launches today,  October 25, 2021, everywhere podcasts are available. New episodes will be available Mondays. Listen to the trailer and follow the series here: https://link.chtbl.com/hHdjIgI_.

“We feel so very grateful for the opportunity to connect with people through this new podcast,” said Chelsea and Judah Smith. “Connection is one of the most important parts of living! We cannot wait to connect around life with all its love and pain and are so proud to be partnering with OBB, SB Projects, and Cadence13!”

“Chelsea and Judah are forces of nature whose ability to connect with a broad range of people on universal issues will resonate with listeners and makes them a great fit for this space,” said Chris Corcoran, Chief Content Officer, Cadence13. “We’re excited to launch ‘In Good Faith’ and expand our partnership with the amazing teams at SBP and OBB.”

Other notable projects from OBB Sound include the hit podcast Too Long; Didn’t Watch with Rolling Stone Chief TV Critic, Alan Sepinwall, and The Pursuit of Healthiness with Blake Griffin on Audible. Other OBB and SBP co-productions include 4D with Demi Lovato, Pretty Big Deal with Ashley Graham, and Country Shine with Graham Bunn on Spotify.

Download the cover art for “In Good Faith” and Judah and Chelsea Smith’s photos here.

Founded in 2016 by entrepreneur and filmmaker Michael D. Ratner, OBB Media is the parent company to OBB Pictures, OBB Sound, OBB Branded, OBB Cares, and OBB Studios. The multimedia production company and studio specializes in TV, digital, film, podcasts, branded content, and social good, amassing an audience of over 2 billion. Ratner – alongside co-founder Scott Ratner and a team of talented storytellers – produce scripted and unscripted projects across a variety of mediums. OBB Pictures highlights in film & TV include the recent global release of the concert documentary Justin Bieber: Our World for Amazon Studios; the 2021 SXSW opening night critically-acclaimed headlining film Demi Lovato: Dancing with the Devil; Justin Bieber: Seasons, the most-viewed YouTube Originals premiere of all time globally; Netflix’s Historical Roasts; Kevin Hart’s Cold As Balls; and the ESPN 30 for 30: “Gonzo @ The Derby." OBB Sound podcasts include Too Long; Didn’t Watch in partnership with Rolling Stone; Audible's The Pursuit of Healthiness with Blake Griffin; 4D With Demi Lovato; Pretty Big Deal with Ashley Graham, and Country Shine with Graham Bunn on Spotify. OBB Branded partners with some of the world's most well-known brands including Pepsi, Old Spice, Airbnb, Lexus and Kylie Cosmetics. Finally, OBB Cares is dedicated to social good, creating content, and using the company’s unique resources to impact positive change in the surrounding community ranging from mental health awareness to civic youth engagement. The award-winning full-service production company is headquartered in West Hollywood, California and has its sound stages, podcast studios, and post-production facilities at the OBB Studios lot in Hollywood, California. For more information, please visit the company’s official site.

Founded by Scooter Braun, SB Projects is a division of Ithaca Holdings LLC, which recently merged with HYBE Corporation based in Seoul, Korea.  SB Projects is a diversified entertainment and media company with ventures at the intersection of music, film, technology, brands, culture, and social good.  In addition to managing a roster of some of the biggest names in entertainment, including Justin Bieber, Ariana Grande, J Balvin, Idina Menzel, Demi Lovato, Ashley Graham, Tori Kelly, and The Kid LAROI, SB Projects has grown its film and television division to include a robust slate of projects including FX’s most-watched comedy series Dave, YouTube’s record breaking docuseries Justin Bieber: Seasons, CBS’s Scorpion, the Ariana Grande feature documentary Excuse Me, I Love You with Netflix, Never Say Never, which remains the highest-grossing music documentary in domestic box office history and most recently, YouTube’s critically acclaimed four-part docuseries Demi Lovato: Dancing With The Devil, and the upcoming pilot Hungry, starring Demi Lovato, for NBC.  The company has many projects in active development including Trap Queen from creator Miquel Nolla for Freeform, Anna K, based on the best-selling novel by Jenny Lee, and an untitled K-Pop film for 20th Century Studios.