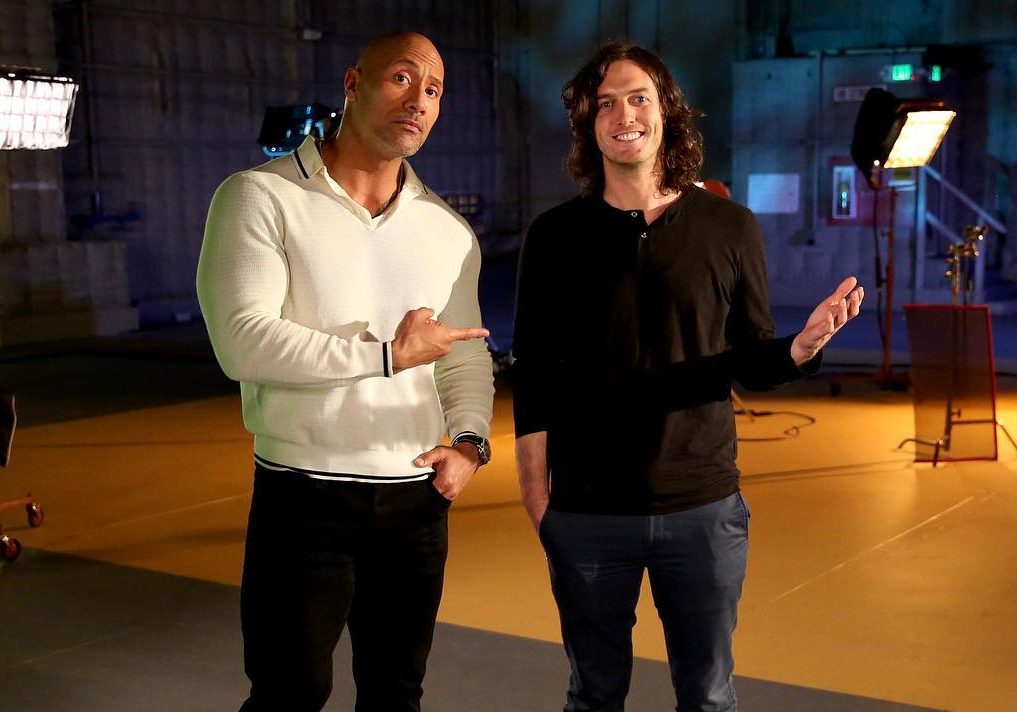 Scandal meets substance on a new season of series written and hosted by award-winning documentarian Andrew Jenks, kicking off with a two-part episode exploring the life and death of Jeffrey Epstein and the overlooked aspects of the story, including the Palm Beach police officers who put their lives on the line to take him down

Jenks to tackle wide range of true crime and mysterious stories driving the headlines throughout season, including the NXIVM sex cult; the bizarre saga of Empire actor Jussie Smollett; the shocking murder of UVA student Yeardley Love; the conspiracy theory-fueled murder of Gambino crime family head Francesco “Franky Boy” Cali; the mysterious deaths of thirty horses at the Santa Anita Park racetrack; and the heinous murder of the University of South Carolina student lured to her death by a fake Uber driver

Season 1 of WHAT REALLY HAPPENED? reached Number 1 on the Apple Podcast charts and Season 2 broke new ground on a wide range of topics, including previously unknown information on the "sonic attacks" in Cuba to discussions on Meek Mill’s journey through the criminal justice system and more.  Now, on WHAT REALLY HAPPENED? Season 3, Jenks will delve into the biggest scandals of the day and shocking crimes driving the headlines. The new season will unravel the layers of each scandal, explain the motivations of the pertinent characters, and highlight the overlooked components of each story.

Jenks will explore a wide range of true crime, mysterious and bizarre stories on WHAT REALLY HAPPENED? Season 3, including: Jeffrey Epstein; the murder of billionaire husband-and-wife Barry and Honey Sherman; the murder of Yeardley Love at the University of Virginia; the mysterious horse deaths at Santa Anita Park racetrack; the murder of Gambino mob family head Francesco “Franky Boy” Cali; a Tinder date gone terribly wrong; the fatal, imposter Uber ride that led a University of South Carolina student to her untimely death; the bizarre and convoluted saga of Empire actor Jussie Smollett; the sordid tale of the NXIVM sex cult; and more.

“I have spent a lot of time unraveling different scandals and it's led me to find unexpected characters and storylines which are oftentimes overlooked or misunderstood,” said Andrew Jenks.

“Jenks takes a masterful approach to exploring all facets of the stories he sets out to dissect,” said Chris Corcoran, Chief Content Officer, Cadence13.

Jenks, a film and television documentarian by trade, first received notoriety through his notable works including MTV's World of Jenks, HBO's Room 335 and the ESPN 30 for 30 short Posterized. Now in the podcast world, he has found another form of storytelling. In addition to WHAT REALLY HAPPENED?, Jenks is the host and co-writer of the critically acclaimed C13Originals docuseriesGangster Capitalism, which offers an unflinching look at white collar corruption and the dark side of the American dream. Season One of Gangster Capitalism explores the headline-making college admissions scandal known as “Operation Varsity Blues.”

WHAT REALLY HAPPENED? is executive produced by Seven Bucks Productions’ Dwayne Johnson, Dany Garcia and Brian Gewirtz, Andrew Jenks and Cadence13. Shows are available every Wednesday on Apple Podcasts and wherever podcasts are available.

Download the WHAT REALLY HAPPENED? cover art and a photo of Andrew Jenks here: https://we.tl/t-6V0JZWC7yO.

Andrew Jenks is one of the most prolific storytellers of his generation. The New York Times has said, “Jenks takes his camera to places most of us would just as soon forget.” On six continents, he has captured life in a nursing home, the deaf community, the wrongfully incarcerated, the homeless, and many others. His films and shows have been financed and distributed on networks including HBO, Netflix, ESPN, CNN, MTV, and Discovery.  Jenks is the host and writer of the docu-podcast WHAT REALLY HAPPENED?, produced by Cadence13, Dwayne “The Rock” Johnson, Dany Garcia, and Seven Bucks Productions, which reached #1 on the Apple podcast charts, and the host and co-writer of the C13Originals docuseries Gangster Capitalism.