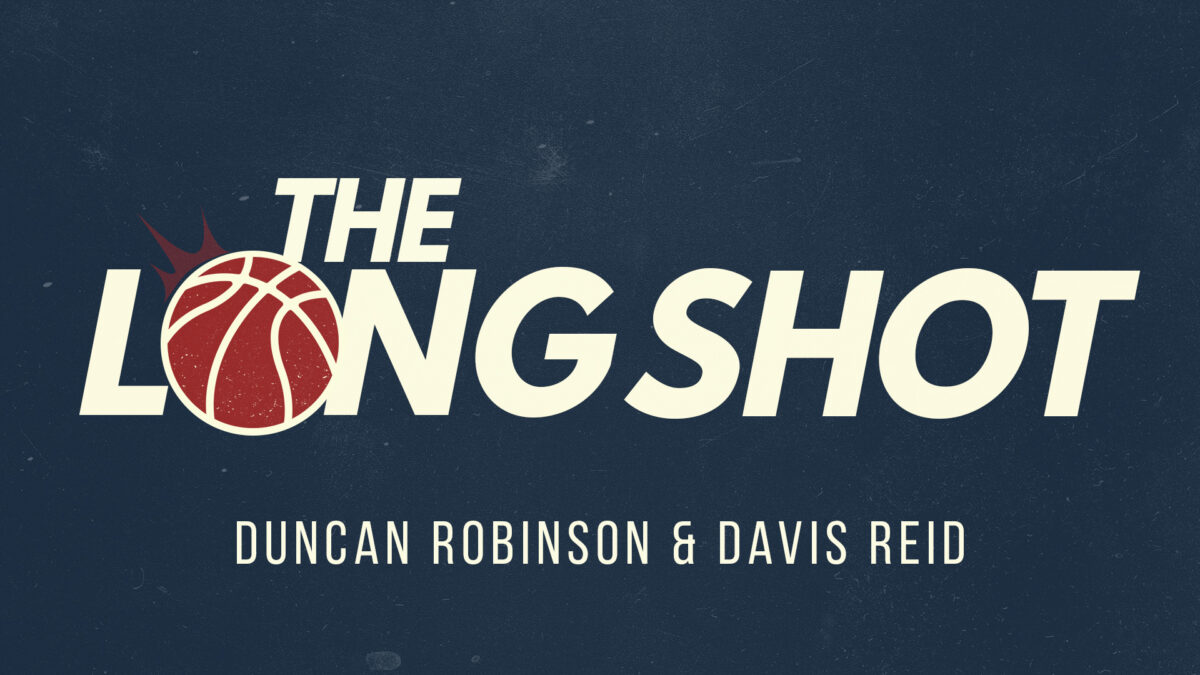 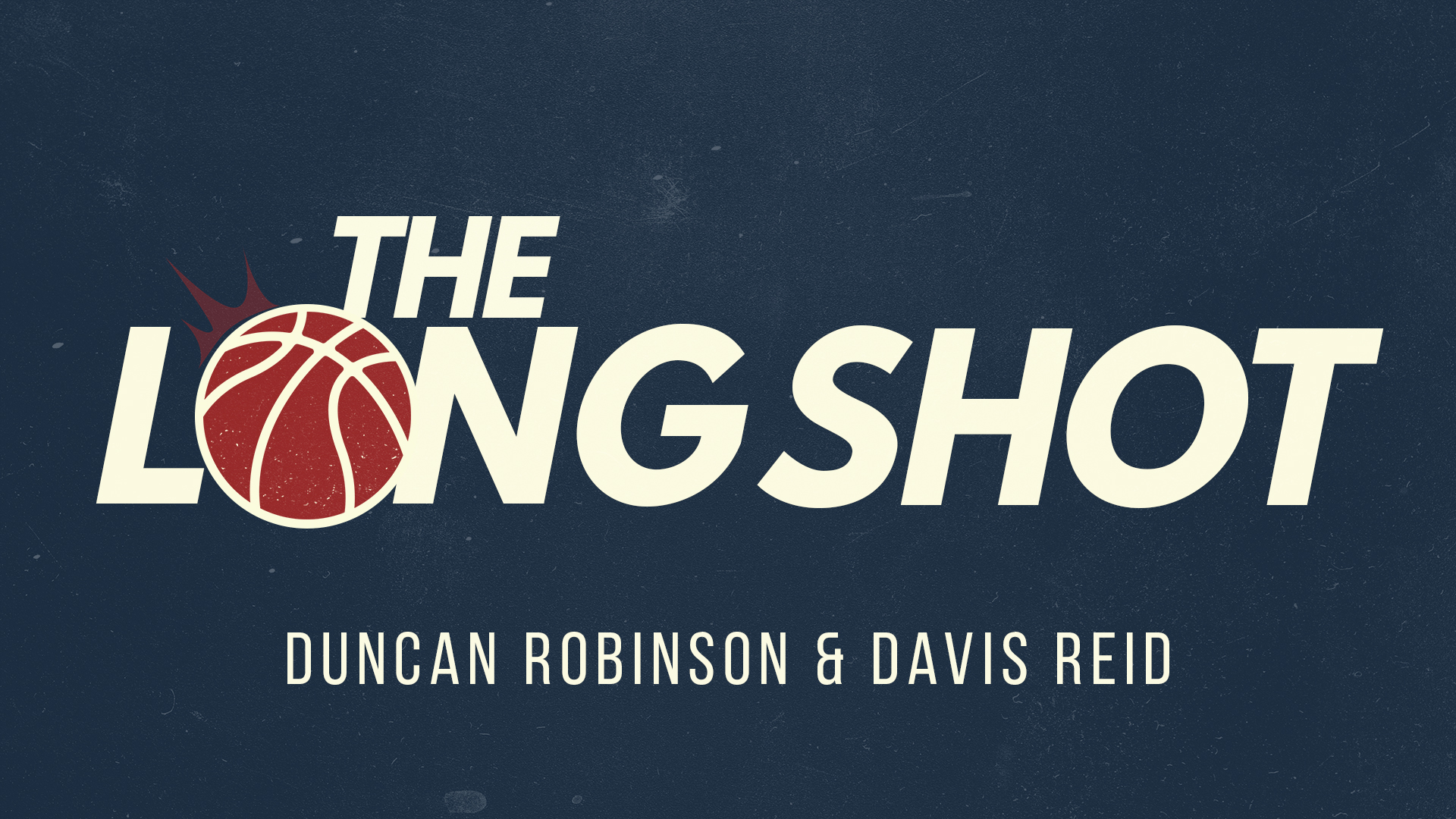 On “The Long Shot,” NBA sharpshooter Duncan Robinson and co-host Davis Reid will explore and celebrate underdog accomplishments with notable guests from sports, entertainment and beyond

As the 2021 NBA season kicks off, Robinson and Reid will explore and celebrate unexpected success stories on The Long Shot, highlighting sports and human-interest stories alike, offering equal doses NBA analysis and commentary on the current topics of the day. Robinson knows what it’s like to be overlooked and underestimated. His route to the NBA may be the most circuitous and unlikely of any current professional basketball player. Since being offered a long-shot opportunity to prove himself in Miami, Robinson has established himself as one of the best shooters in the NBA. In the span of six years, Robinson went from playing collegiately at Division III’s Williams College to starting in the 2020 NBA Finals for the Miami Heat.

The Long Shot will launch on January 12, 2021 on Apple Podcasts, Spotify, RADIO.com and everywhere podcasts are available.  New episodes will be available every Thursday beginning January 21, 2021. Listen to the trailer and subscribe to the series here: http://apple.co/3ovemIX.

On the weekly show, Robinson and Reid will sit down with athletes, tastemakers, authors, chefs, and others who represent hard-earned successes from all walks of life. Guests from the NBA will include the star players driving the conversation, the members of the media covering them, and the league executives at the top.

“Did I ever think I would be playing in the NBA, hosting a podcast with one of my best friends, or working with someone I grew up idolizing like JJ? Of course not.” said Duncan Robinson. “Storytelling has always been a passion of mine, and I hope to provide listeners with a nuanced look into the journeys of different leaders within their respective professions. I’m thrilled to be part of The ThreeFourTwo Network and to partner with Cadence13 to bring this concept to life.”

“I’ve played with and against many guys who are in the NBA now so I’m well aware of my inadequacies as a player,” said Davis Reid. “The good news is that Duncan and I share a curiosity for sports, entertainment and what makes people tick. I think we’re going to approach this platform differently than most, and I’m excited to join forces with JJ and Tommy at ThreeFourTwo Productions and with Cadence13.”

“There are thousands of podcasts out there,” said JJ Redick. “But Duncan and Davis have great chemistry and a natural disposition to shine on this medium. They will attract incredible guests and provide both NBA fans and non-basketball followers with an inside scoop and a different perspective. We’re thrilled to expand The ThreeFourTwo Network and our partnership with Cadence13 with ‘The Long Shot.’”

“I love watching Duncan as a player, I love his inspirational story, and I can’t wait to show the world that he’ll be just as good and compelling as a podcaster,” said Chris Corcoran, Chief Content Officer, Cadence13. “JJ is a sports podcasting pioneer, and we couldn’t be prouder to partner with him and Tommy as we continue to ambitiously grow this ThreeFourTwo podcast network together.”

Download the cover art for The Long Shot here: https://we.tl/t-5QDT0D4rqL.

Robinson started his unlikely rise to NBA prominence at Division 3 Williams College before finishing his career at Michigan and signing a two-way contract with the Miami Heat in 2018. A season later, he was an integral part of the Heat’s run to the NBA Finals and has gained a following from NBA fans around the world. In his first full season with Miami, Robinson broke multiple Heat records. Reid played with Robinson at Phillips Exeter Academy before playing at Wesleyan University, where he earned a degree in neuroscience. He has worked for several global neuroscience research firms. Along the way, he was fortunate to play with outstanding players such as Willie Cauley-Stein, Shavon Shields, Shaquille Harrison, and of course Robinson, who he considers the best shooter in the league.

JJ Redick is a 14-year NBA veteran and current guard for the New Orleans Pelicans. Before joining the Pelicans in 2019, Redick played for the Orlando Magic, Milwaukee Bucks, Los Angeles Clippers, and Philadelphia 76ers. A graduate of Duke University, Redick is also the all-time leading scorer in Duke basketball history. Tommy Alter is a producer and writer for Showtime’s Desus and Mero, a producer for HBO’s The Shop and Seeing America, as well as a founding member of the voting rights organization More Than A Vote.  On The Old Man & the Three, Redick and Alter have in-depth conversations with the biggest names from the NBA, sports, entertainment, and politics, including Damian Lillard, Dwayne Wade, Stacey Abrams, Matthew McConaughey, Megan Rapinoe, Coach K, Sue Bird and Joel Embiid.

Founded in August of 2020, ThreeFourTwo Productions aims to give an inside look at the stories and personalities in the worlds of sports, business, politics and entertainment. The company’s flagship show, “The Old Man and the Three”, is hosted by founders JJ Redick and Tommy Alter. The show was the only podcast to broadcast inside the NBA bubble in Orlando. Featuring exclusive conversations with the biggest names in the NBA, “The Old Man and the Three” immediately became a go-to listen for coaches, fans, and players for news and insight about the league.  As ThreeFourTwo Productions expands, it will branch out into the worlds of business, film, television, and food using the same targeted strategies that made “The Old Man and the Three” a success.